Here are three selects from a series of newspaper ads promoting the Lava Lounge, a popular hangout in Seattle’s Belltown neighborhood.

The Lava Lounge opened in ( I think) 1995. I started hanging out there immediately, and was quickly recruited to do promotional ads and posters. I had made newspaper ads in the dark ages, using press type, but these were my first digital ads, on my first computer.

Initially the Lava Lounge was technically a tavern, they could only sell beer and wine. So we tried to put a positive spin on that limitation. ( it was a lot more difficult to get a full liquor license in those days.)

Eventually local watering holes like Shorty’s and the Crocodile started serving cocktails, and also offered outdoor seating, so the Lava had to up their game. After jumping through several bureaucratic hoops they finally did get their license, and obviously we had to promote that. 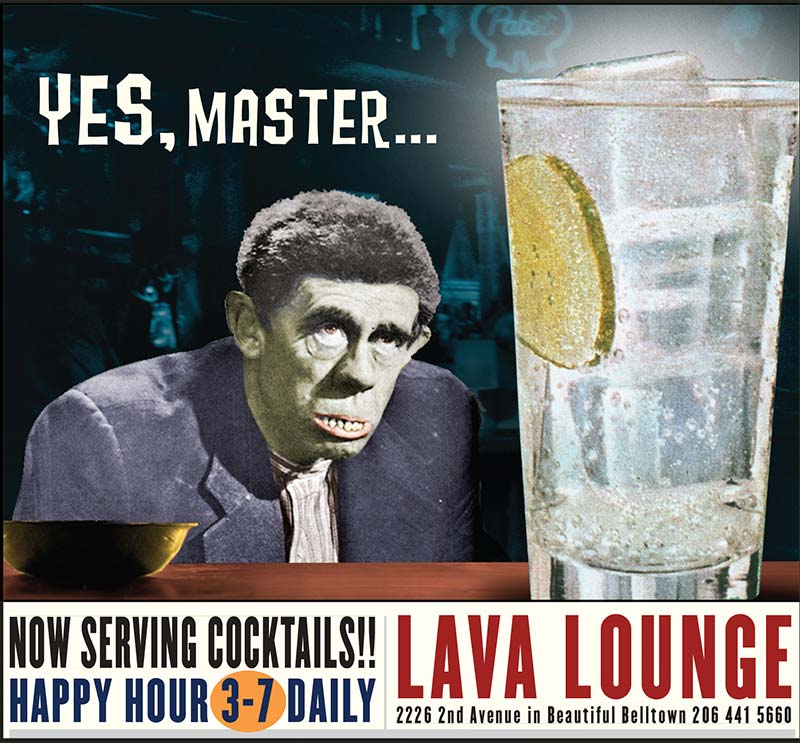 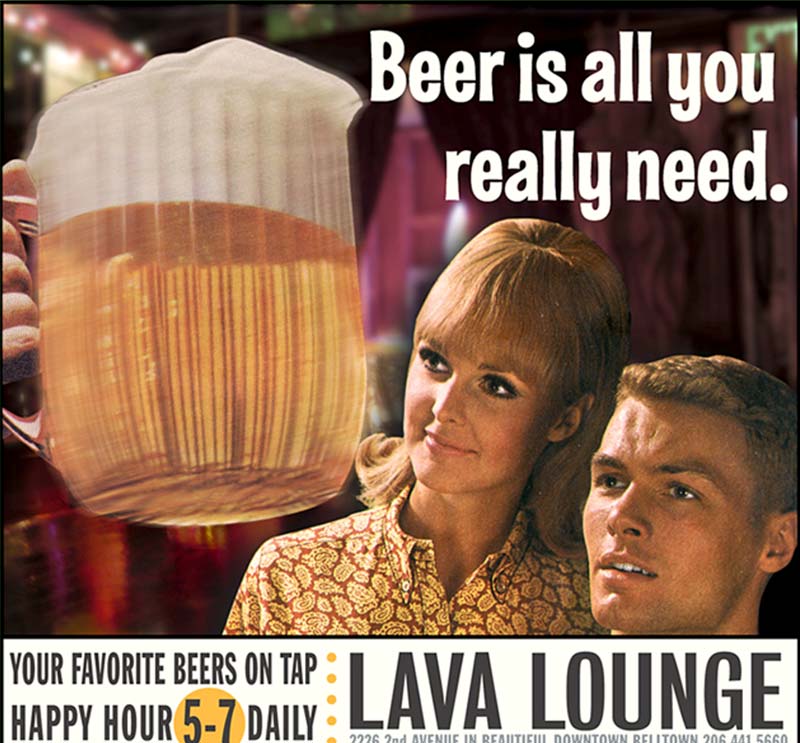 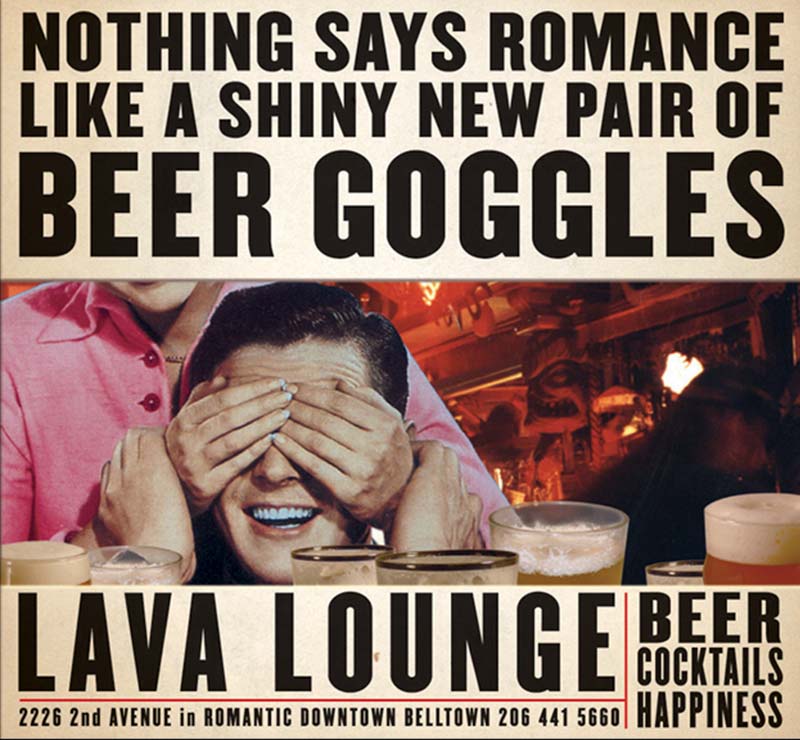 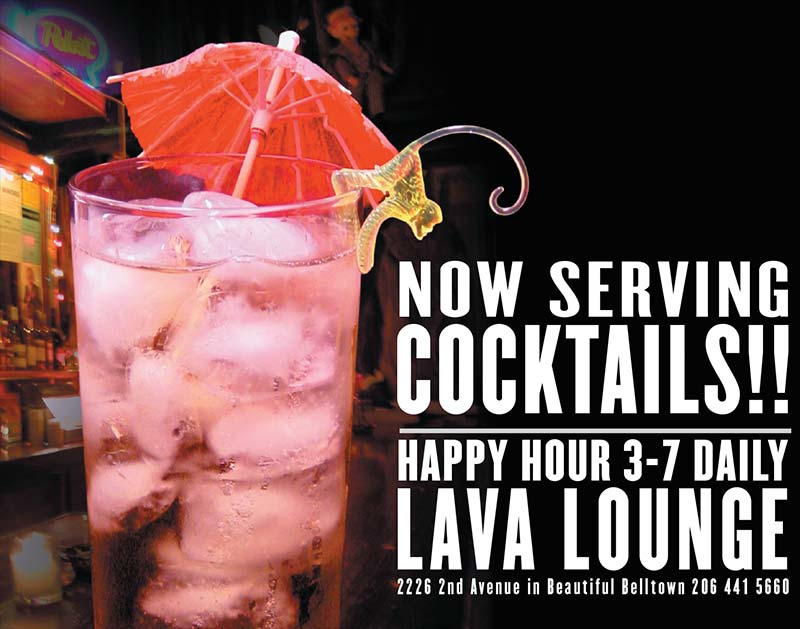