Obviously this is a relic, this was an illustration for Seattle Magazine about the King Dome demolition in early 2000. Initially I was looking for wrecking ball imagery, until I found this great foot and shovel from an old issue of Better Homes and Gardens. it was a significant event for the city, and it was anticipated that hundreds of people would be watching. These spectators are from an old car ad of some sort, originally they were all admiring an isolated engine. 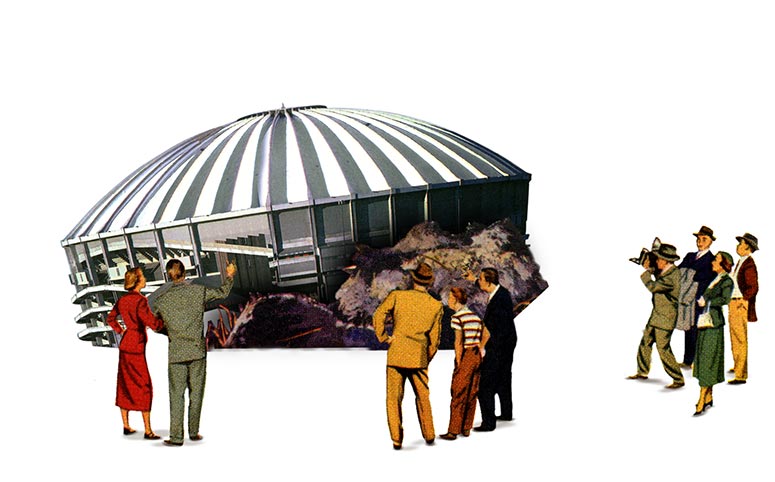 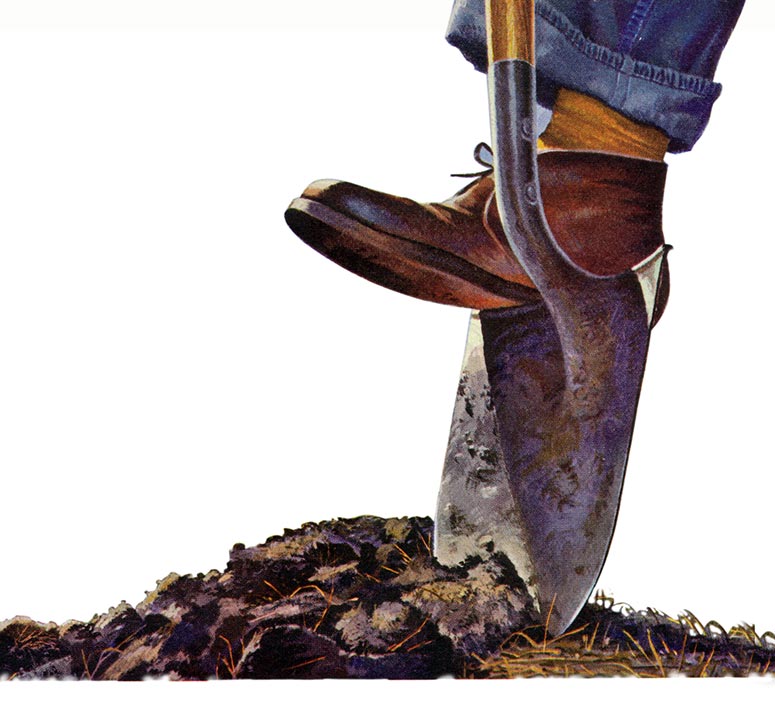