For an article in the Stranger about the Christmas spirit that used to exist. All of the background elements are from random old magazines and Sears catalogs. Once I established the perspective in the room, the challenge was finding imagery that would line up. Even though it was going to be greyscale in the paper, I built this in color.

The woman is from an early television ad, probably Better Homes and Gardens.

The silver tree was scanned from a sixties Sears Wish Book catalog. My family had one just like this when I was growing up.

The old television and the nativity scene are the best part, the perspective is convincing enough. I added a horizontal screen to mimic an old TV screen. If I was doing this again I would’ve added some highlights and reflections, the screen is a bit flat. Love the carpet too.

“It’s a Wonderful Life” Digital collage illustration for THE STRANGER 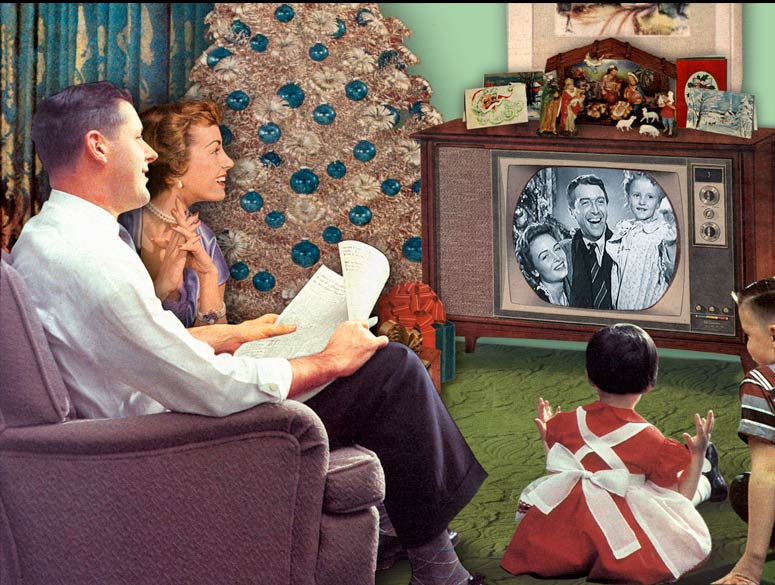 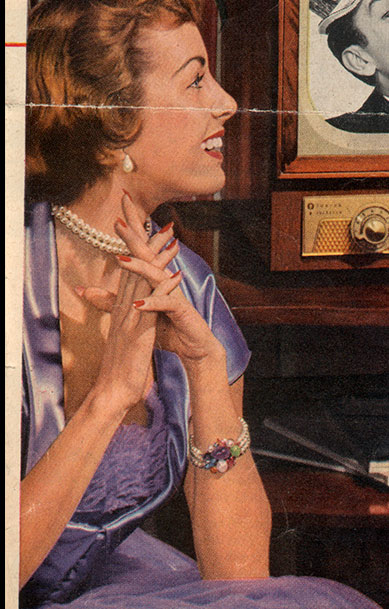 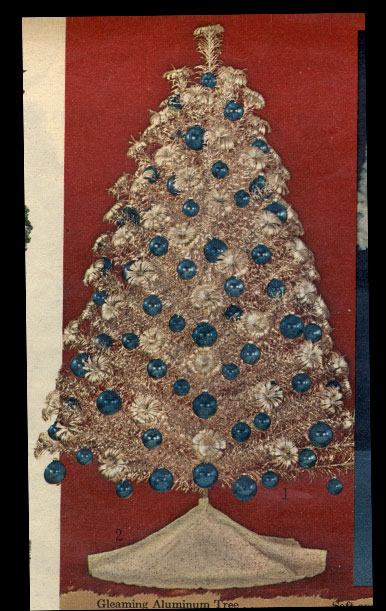 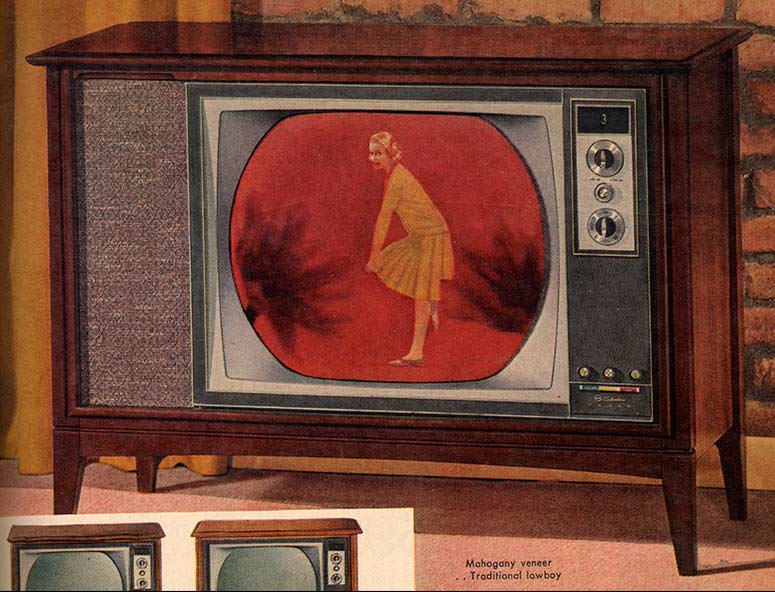 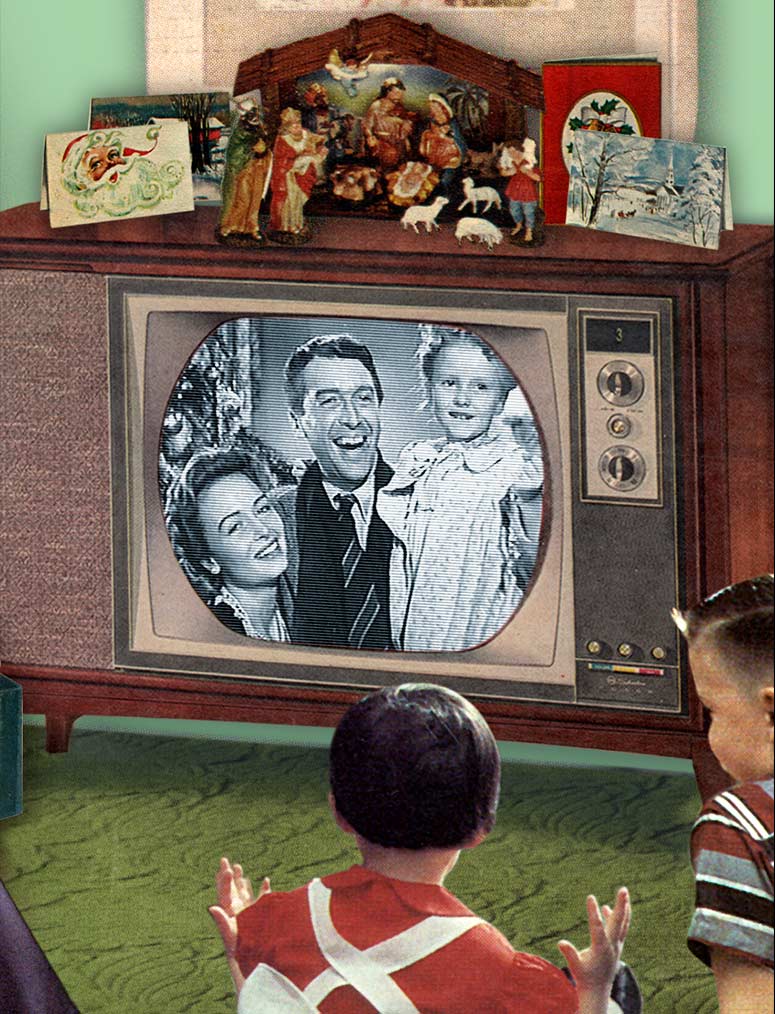