Grant and the Geezers Reunion Poster

Back in the early 80’s, when I was in my twenties in Phoenix, Grant and the Geezers were one of the coolest bands around. There were some notable punk bands in the area, but of course the Geezers stuck out, because Grant was such a great front man. And rockabilly bands were still very unique at the time. They were only around for a couple of years, then they went on their separate ways. Grant moved to San Diego, Chuck and Kevin got involved in other bands.

Fast forward 30 years. The Geezers were doing their first gig in decades! I actually flew back to Phoenix (my first visit in over 15 years) for this momentous occasion. And I wanted to help them promote the event. I didn’t see much on Facebook, so initially I started working on an event page graphic. But it quickly evolved into a poster.

I was interested in a 1960’s multi-act Rock ’n Roll concert poster look and feel. A lot of them have the venue and the date right across the top, but I always thought that looked a little awkward, I like the “who-what-when-where” sequence. I’ve seen old posters that included song titles and I thought that would a nice touch. “IN PERSON” and “ONE NIGHT ONLY” are also obvious.

Grant was very enthusiastic when he saw the poster, and encouraged me to sell them at the event. And a lot of people bought them, it was so flattering to see so many folks carrying them around.

Photoshop & design work for the GRANT and the GEEZERS reunion poster. 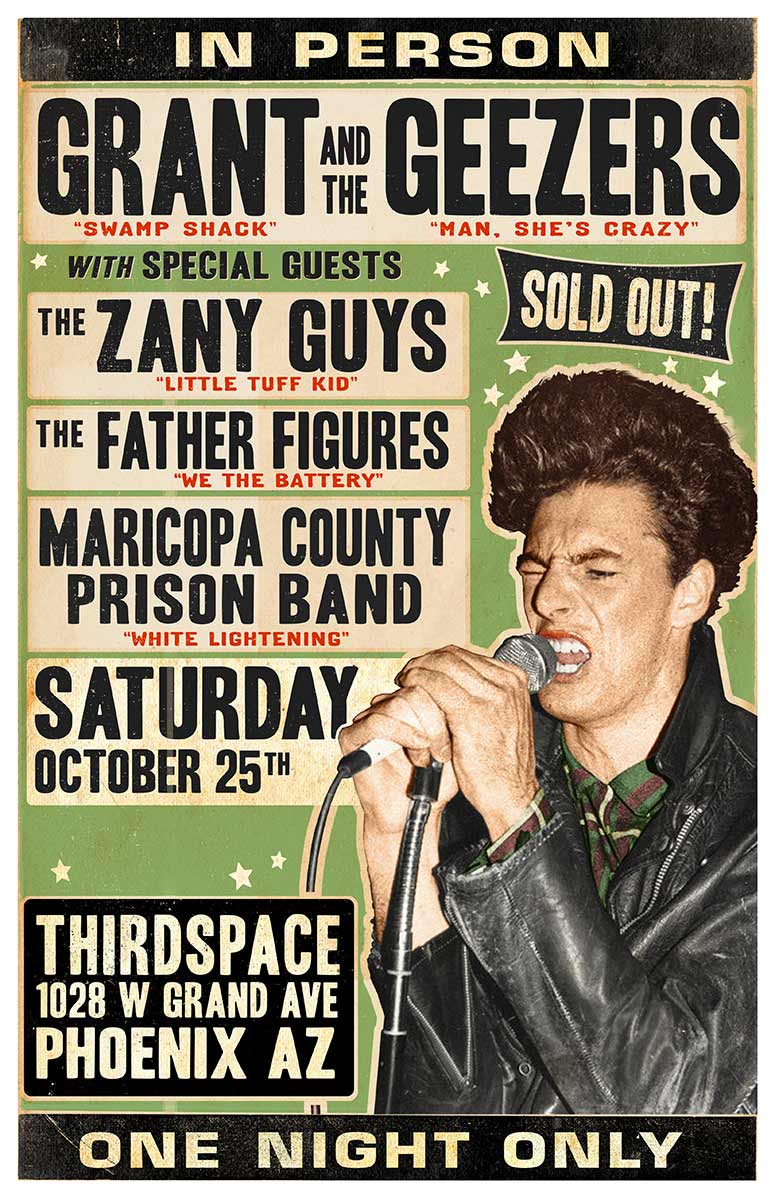 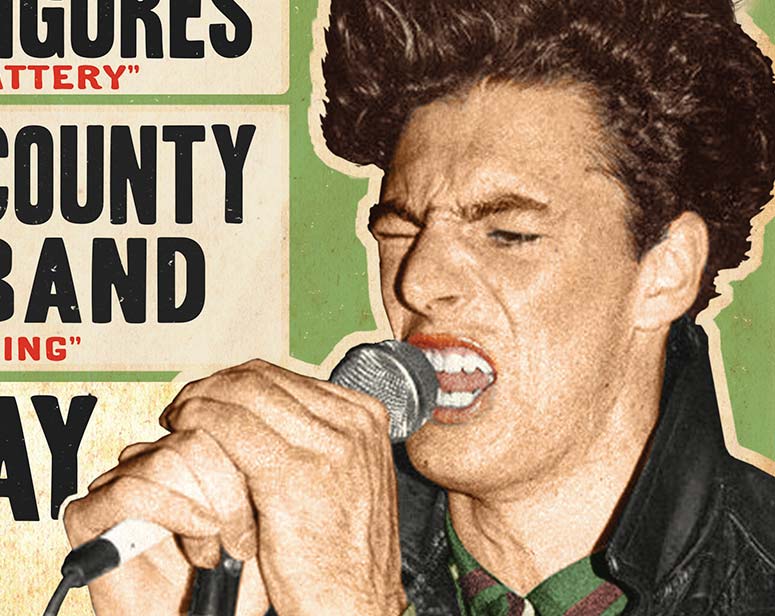 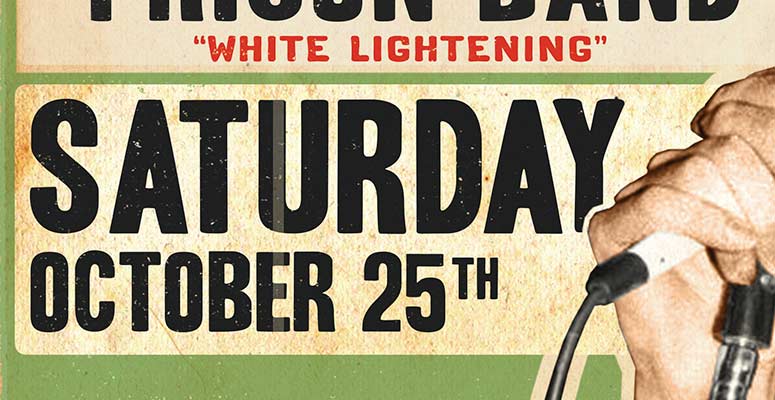